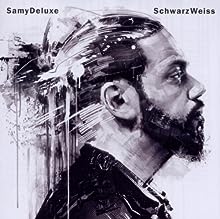 What should I say? Something
Azad... Azad... This here is for you
You knew I had to do something
And these are the choirs
And they tell you
Bye - byeeee
This is in fact something you didn't wanted

[Part I:]
I look around and find it sad to see
That loser like you try to catch all the views:
You are dissing me! Seems like if you do not understand it
You may think you get famous like this, but you just obstruct your way
It is also important at Battling, to clearly separate facts
Its not important to call names, but to go beyond the scope
To be better than the other one and that you are not
So, why are you dissing me, you fishface?
When we met you said, I was a great Rapper
And begged me in the Studio to tag your poster
Meant I was here in Germany one of the best for you
So why are you testing me, write in your text about me
As if „Oh ladidadida“, what du you mean, you don't like my Hook
I don't understand the reason, I don't like your whole @#$% product
And still I would not say your name like that in a song
I will never understand, thats it with you Azad, goodbye forever
Because dissing you means killing you Dude
I have Onehundredthousand fans that don't like you anymore
And they have each ten friends that don't like you anymore either
That makes easily One Million, means your Records wont sell anywhere
You can do this with others, but unfortunate not with Sam
In a half year from now on, no one will know you anymore
At best as the Flipping @#$% that lost this Battle
And I go forward and torn
Bringing Rap in your ear

[Part II:]
Now I finally get why you always wrap up yourself
People should not see how you are, namely ugly and dumb
You dumbass go to Hollywood, become supernumerary in sum Warmovie
I have lyrics like these for every MC that wants beef
Do I really have to prove here who the Battle King is
Whose eyes shine red, the skin dark like Guiness
The one with the best LP's and best Singles
The MC without limits, who gives a @#$% if you like him
@#$%, Samsemi, that Rap Genius
The opposite of you, you dumb whack MC (you're @#$%)
You did not even put your diss in a former rhyme
And if its about Frankfurt I have more fans than you in your city
And you in my city, better come not here
Me and my boys, we don't want to hear your military songs (turn it off)
Besides me on stage is your Napalm worth a @#$%
So give me that Mic plus your Nike Air
And stop mumbling you sound like, if you would be drunk
I don't understand a word and have no time for this anymore
Because I am Legendary you play the places empty, nothing goes there
You aren't even worth mentioning
Listen here, because when I say something like this I don't lie
Your friend J.Love got swished from stage by me before
So either this will be dealt with in freestyle
Or we stop and bury the hatchet
I even almost don't care, it's your choice
I step verbal on the gas pedal and am gone
Let you eat dust and look ridiculous
Grant you bellyache from the show and recording
Make you even spit blood with voodoo dolls
And stand somewhere close to watch you at it
I know this is mean, but I hate MC's
That think they had more tight flows and more blatant beats
So, Revenge is served sweet

Yeah, and thats why you get this

[Part III:]
Shove it to my ego, shove it to the @#$% drugs
You say three words I counter with three verses
I see it just like you my friend:
Battling is a Martial Art
But the first was talking @#$% and here is the answer
And in this its about you and me not Hamburg and Frankfurt
Not about city beefs but about raps and fat beats
And you have neither, man your @#$% is not effective
You know how it would end if there is a battle live on stage
You don't have the energy, get after 2 lines side stitches
With your @#$% rhymes, no why do I even talk with you
I know you are jealous of me, cus I am such a tight rapper
But you are rapping longer than me and even could become better
Instead you are dissing me with your cheap Tunk Twist
Which @#$% me off, since you get aknowledged through me
But no one can tell me like this, that I dont support the younger
@#$% this, I even make you a Superstar
And then become a Murder
(Man, damnit man)